Leadership Lessons from the Escape Room

Escape Rooms have been growing in popularity over the past few years, and interestingly, these activities are a great case study in team dynamics. I had the pleasure of experiencing these interpersonal interactions in my latest visit to an escape room: my son’s 12th birthday party with 9 of his 12-year-old friends. 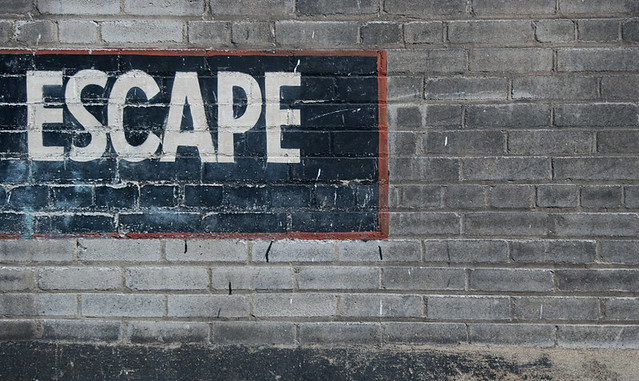 The great thing about a group of 12 year olds is the uninhibited excitement. This also means that absolutely nothing is left reserved or internalized when it comes to frustration, inspiration, anxiety, or satisfaction. As adults, we temper and measure these emotions and reactions; children do not. Fundamentally though, there are similarities between these two groups. Absent the adult filters imbued by office politics and self-consciousness, the escape room provided an almost academically-perfect environment for me to exercise some basic management techniques.

As the designated “adult supervision” in the room, I was also given the unofficial role of “team leader” (I preferred the moniker “cat herder”, but the reference was lost on them). Even though my wife did stress that my primary responsibility was to ensure that we ended the game with the same number of children that we started with (and yes, yes we did), my secondary and arguably more fulfilling responsibility was to facilitate an environment where everyone was having fun and feeling some measure of success.

Two behaviors emerged as the kids initially took on the escape room. First, in all of their unbridled enthusiasm, everyone immediately shouted their ideas and maniacally assaulted various pieces of furniture looking for hidden clues. The resulting chaos meant that a large majority of the ideas were lost on the masses, and it became clear that the group needed to organize their thoughts and ideas.

The leadership lesson: In any environment where highly creative individuals are expected to showcase their ideas, leadership is necessary to provide a voice equally across the team, especially in underrepresented areas. The leader has 3 responsibilities in this case:

There are two main opportunities to coach these types of behaviors in a team: in a group setting and in one-on-ones. Most leaders will routinely find themselves in situations where the participants are being called upon to solve a particular problem — and yet, the conversation is dominated by only a few people. This is the perfect opportunity to lead by example: create space in the dialogue and ask one of the quieter attendees for his or her thoughts. Of course, some members of the team are more willing to share their ideas in a one-on-one setting. This type of environment is very conducive to working through an idea together, which is an invaluable opportunity to build their confidence and encourage group participation.

As the kids started to gain some momentum, it was only natural for certain groups to coalesce and form around solving problems. And within these groups, some of the individuals would emerge as leaders and others would play more supporting roles. Interestingly though, two other behaviors came to light: those individuals who would wander off on their own to other unexplored areas, and those who would abandon their current group as another group expressed excitement.

The leadership lesson: For every one of these individual tendencies (and countless others), there are parallels within the teams we work with professionally on a daily basis. There are leaders and background players; there are lone wolves, and there are pinch hitters; there are those who can withstand any distraction, and there are those who gravitate to the new-and-shiny. As a manager and leader, it is key to know how to identify these team members, how to best utilize them, and how to coach them.

It’s important for a leader to understand what motivates the team member and how they respond under pressure. Is the person intrinsically motivated by a sense of purpose or personal growth? Or is the person extrinsically motivated by reward and recognition? How do they respond when they are unable to solve the puzzle? Frustrated? Determined? Do they retreat internally, or do they engage the larger team for help? By being able to answer these questions and knowing your team members at this level, you can help shape relationships and give your team the best chance for success.

Throughout the escape room experience, there was one recurring theme that cost the team a lot of time: siloed knowledge. One subset of the team would be hard at work trying to solve a puzzle when it became clear a bit too late that another group had the missing piece they were looking for. It was only through unintentional happenstance that these teams ended up sharing the key piece of information that unblocked their progress. Similarly, as the kids entered the final room, several pieces of the previous puzzles were required in order to decode the final mystery. Unfortunately, there was no one person on the team who had the full picture; this cost the team several valuable minutes.

The leadership lesson: A major component to a team’s success is the open exchange of information and ideas. Regardless of the size of the project or team, it is beneficial to schedule periodic and predictable times to meet with the larger team: to report progress, share ideas and lessons, and be retrospective. As leaders, we have opportunities to not only facilitate these interactions but also participate and gather feedback about our own participation in the task at hand. By raising issues to a wider audience, it’s possible for team members to solicit ideas from others and to take advantage of fresh eyes and diverse perspectives.

There are two very important types of information-sharing sessions that all teams should employ: the “standup” and the “debrief”. In the standup, a team is able to periodically and predictably share progress and ask for help from their team members. The standup is intended to keep the team moving forward in the most informed manner possible. The debrief, conversely, is held at the end or at meaningful milestones of a project. The debrief’s main function is to complete a feedback loop of the decisions that were made, the impact that those decisions had, and opportunities for learning.

Ultimately, no: we did not escape in the time allotted. However, the kids did have fun, and the car ride home did afford the kids a great opportunity to run a blameless debrief and strategize for their next escape room attempt. And yes, you heard that right: the next one.

Stay tuned. And wish me luck.