Companies of a certain size — that is, somewhere after “hmmm, we really should get some managers…” and before “crap, our managers don’t have time to manage people because they’ve got too much work to do!” — start to encounter growing pains that come from having increasingly limited visibility into all the pieces of the big, technical machine. To overcome this, companies need to develop and nurture a management philosophy that ensures authority and accountability are held by the people closest to the action and who can make the most informed decisions. That means starting to define, as a company, what the primary goals and objectives are for a manager. From there, we’ll be able to explore how authority and accountability can be delegated, some types of leadership opportunities that exist within the organization, and ultimately how this pattern will reinforce a culture of influence and growth. 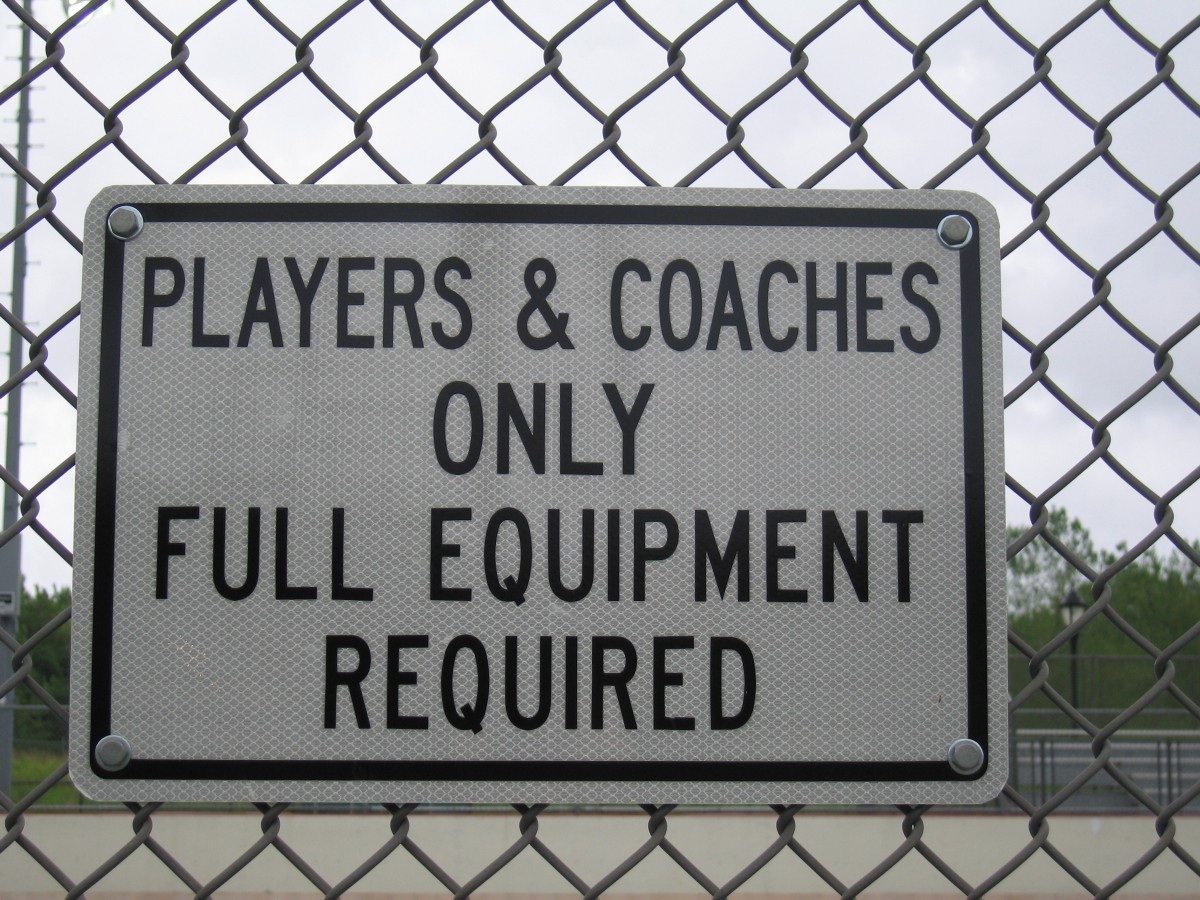 Let’s start by describing what it means to be a “manager” within this type of organization. A manager’s top priority should be that of growing and developing their people by being a trainer, mentor, and coach. This people management extends to higher-level management as well, such as Directors and even through the executive level and C-suite, who ultimately end up being accountable for larger portions of the organization. By beginning to think about these areas of accountability as transferable, the manager is able to begin creating space for others in the organization to grow and is also scaling their own effectiveness and impact.

With accountability comes authority: if a manager delegates a problem to solve, and the employee is explicitly accountable for the outcome, the manager must also give away the decision-making authority to ensure its success. Another way to think about it is that the newly-accountable party is now the “51% majority shareholder” in the decisions that are made. Many other voices and opinions can be heard, but the one to whom accountability was delegated ultimately has the final say.

The act of delegation is a gesture of trust and empowerment. It is the granting of autonomy and the acknowledgement that the organization has faith in their ability to drive the team to a successful outcome.

The Paradox of Delegating Authority

Just because the manager has handed over authority does not mean that the authority will be universally recognized within the organization. Relational authority (authority that comes from expertise and influence, not from a title or position) must be earned, especially in a matrixed organization comprised of cross-functional partners such as Product Managers, Designers, QA, Engineers, etc.

This understanding that the final decisions reside with this newly-appointed lead is an agreement solely between them and their manager. Beyond the scope of that relationship (such as with peers and other stakeholders), the employee with this newfound responsibility must be coached in how to influence, lead, and sell their ideas if they are to be successful. But more on this later.

The paradox here is that even though you can delegate authority, no one else is required to respect that person’s authority.

The Paradox of Delegating Accountability

Now that the manager has delegated accountability to someone else, they have shed all decision-making authority but have still retained implicit accountability; they are now accountable for the decision to trust that someone else will be successful on their own merits. And yes, they will be evaluated on that decision. Scary, huh? Don’t worry. You’ve got this.

Furthermore, the manager needs to stay in the loop of what’s going on with everything they’ve delegated. This is where it is important to set up systems and processes to make the flow of these updates and status reports predictable and reliable. Even though the manager is no longer directly involved, they need to define ways of staying informed.

The paradox here is that even though you can delegate accountability, you’ll still be accountable for the decision to make someone else accountable.

Opportunities for Leadership and Scaling

There are any number of programs, organizational functions, and areas of responsibility that can be seen as opportunities for delegated leadership within the organization. Following are a few not-so-hypothetical examples, but this is certainly not an exhaustive list (and, frankly, your mileage may vary).

Sometimes a time-sensitive opportunity or threat reveals itself to the organization, and someone will need to be accountable for the company’s ability to see it through. For example: adapting the product to be compliant with a new type of regulation or expanding into a new region or market. By delegating both the accountability and authority to an individual on the front lines, the manager is able to ensure that the decisions are being made by those with the most context and first-hand knowledge.

Within a Scrum model, another example of a leadership role is that of a Tech Lead. The scrum team is where a cross-functional group of individual contributors is chartered with achieving a set of objectives with minimal outside dependencies. Despite the largely egalitarian makeup of these scrum teams, each function (such as Engineering) has something unique to contribute, and in the event of multiple individuals belonging to a function, a leader should be appointed. Naturally, this type of leader is not exclusive to scrum teams; this could apply to any group of similarly-intentioned people.

Groups that work within the same technology stack (such as front-end engineers) or the same systems (such as those doing automated testing) are also well-served to have a leader. This person does not have to be the most senior in the group, but they must be willing to facilitate discussion and foster collaboration within and beyond the group. Spotify’s “Guild” model works incredibly well for this type of leadership opportunity.

The identification of these types of leaders within an organization, especially when they exist across different reporting structures, can open new leadership opportunities. Groups such as the Tech Leads and Guild Leaders form a team and peer group of their own, and yet another leadership opportunity emerges: a leader of these types of groups can help align and elevate each group’s effectiveness and influence. The Tech Leads Lead? Naming things is hard.

By delegating authority and accountability, it is now possible — and increasingly important — to remove the voice of “management” around tactical decisions within the team. Managers must keep in mind that they have a certain amount of privilege that comes with their positional authority (authority that comes from having a certain title or rank) in the organization. Using the previous examples, whether it’s a scrum team, a guild, or a project team, these become “manager-free zones”: egalitarian marketplaces of ideas that are formed and operated without any kind of positional or hierarchical bias.

To foster healthy debate and encourage passionate discourse, managers should remove themselves from those conversations. Their presence unintentionally alters the dynamics of the meeting, and the manager’s input will be artificially amplified. In these situations, the manager should start to develop a healthy level of doubt and self-awareness: “Was I about to convince them about my approach because it’s the best, or did they agree because I’m their manager?”

This is not to say that the manager can’t contribute to the tactical decisions that are made, but this contribution should be done as a “minority shareholder”: a conversation held privately between the accountable party and the manager. Within the confines of this private conversation, the manager and employee can rely on the explicit agreement that the latter has final say and decision-making authority. If that conversation is happening in a public setting, that relationship may not be as well understood.

A key difference in accountability and authority is that while the manager retains some implicit accountability after their decision to hand off an initiative, there is no such thing as “implicit authority.” Because of this, managers who are able to successfully and habitually delegate end up having less authority than those they manage, and this transition will force a few things to happen within the organization.

First, this positions the manager into a coaching and training role. No longer is the manager in a position where they can say, “I need you to do this for me,” and they are no longer in a capacity where they can provide a solution and expect it to be implemented. Instead, their role has transitioned into one of a behind-the-scenes player. They are now an advisor and mentor and will rely on their ability to influence rather than mandate.

Second, this allows the manager to lead by example. Earlier, it was mentioned that the employee needs to be coached in how to lead, influence, and sell their ideas. Just as the manager no longer has authority over the decisions that the employee makes, the employee has no authority over other members of their team. This manager/employee dynamic will set the foundation for the leadership qualities exhibited throughout the organization. The manager now has a multiplicative effect on the organization: by demonstrating that they are able to coach, debate, and advise without overruling or mandating, the manager has simultaneously taught their team members how to do the same with their peers.

Third, this paradigm unlocks the ability for assessment based on outcomes and results, not on individually-contributed metrics. In order to own a solution, one must understand the problem; once that problem is understood, a set of success criteria can be defined. The employee now owns that, not just a piece of the puzzle. This is where the manager can step up as a coach and a mentor: managers can provide unique perspectives and insights about why a certain problem has presented itself. This will help the employee better understand the business imperatives and context that will shape their mental model and allow them to more effectively navigate towards a solution.

Last, but certainly not the least when it comes to talent retention and hiring, this begins to define a career ladder for individual contributors parallel to the one defined for people managers. The rungs on the career ladder will evolve from a measure of increasing authority to an indication of increasing organizational impact. Managers and organizations will now be able to craft a career trajectory for their senior team members tied to how they can increase their influence in the organization, whether that is based on merits obtained as an individual contributor or someone pursuing a path towards people management.